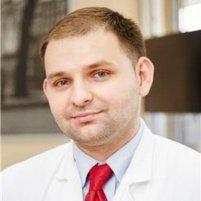 Waldemar Majdanski, DPM, FACFAS, is a board-certified foot and ankle surgeon and the founder of Local Foot Doc, with locations in Brooklyn and Queens, New York City, and in the neighborhoods of Woodhaven, Forest Hills, East Flatbush, and Astoria.

In 2011, Dr. Majdanski graduated from New York College of Podiatric Medicine (NYCPM) in the top 15% of his class. While he was a student at NYCPM, he went on several medical mission trips to provide medical care to people in developing countries, where he learned the importance of access to quality treatment.

After graduating from NYCPM, he completed a four-year residency in podiatric medicine, one of a few of its kind, at Wyckoff Heights Medical Center in Brooklyn. He first began developing his wide range of podiatric surgical skills as a resident. In the final year of his training, Dr. Majdanski was chief resident, supervising and teaching more than 30 other residents.

Dr. Majdanski specializes in elective, reconstructive, and traumatic foot and ankle surgery, sports medicine (with a focus on sports injuries of the foot and ankle), pediatric podiatry, podiatric dermatology, and diabetic limb salvage and wound care. He is proud to provide the communities of Brooklyn and Queens with top-of-the-line surgical care, including minimally invasive treatments for bunions, hammertoe, tarsal coalition, foot and ankle arthroscopy, and more. 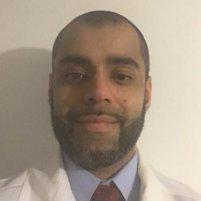 Amit Gandhi, DPM, is a licensed podiatrist and foot and ankle surgeon at Local Foot Doc, with locations in Brooklyn and Queens, New York, and the neighborhoods of Woodhaven, Forest Hills, and Astoria.

Dr. Gandhi graduated from Stony Brook University with a Bachelor of Science in Health Care Management and a minor in Business Management. He then studied in New York City and attended New York College of Podiatric Medicine in East Harlem, Manhattan.

He continued his education with a well-rounded comprehensive residency consisting of both medical and surgical training at Jamaica Hospital Medical Center, receiving extensive training in elective, reconstructive, and trauma surgery of the foot and ankle. In his last year of training Dr. Gandhi was able to spend a year with a foot and ankle orthopedist at Winthrop University Hospital. After Dr. Gandhi finished his residency he went on to a fellowship at Wyckoff Heights Medical Center with a focus in wound care.

Dr. Gandhi is extensively trained in all aspects of the treatment of foot and ankle disorders, with an emphasis in flatfoot reconstruction, tendon injuries, fractures, bunions, hammertoes, and sports medicine. Dr. Gandhi has completed several AO courses and has attended several seminars, labs, and lectures regarding foot and ankle pathologies.

Dr. Gandhi believes in empowering his patients, giving them a full explanation of the diagnosis and discussing all the options for management before proceeding with the treatment. Dr. Gandhi is fluent in Hindi and enjoys lifting weights in his free time.